TVs aren’t one-size-fits-all, so there’s no single best TV to buy on Black Friday. You need to consider your viewing habits, features that could be of use and how much money you have to spend. To help make life easier though we’ve rounded up all of the best TVs to buy on Black Friday at different price points. We’ve also thrown in some buying advice to take the stress out of the decision-making process. Best of all, the televisions we’ve featured are all on sale, so you can save some money if you can’t wait until Black Friday 2021 and pick one up today. 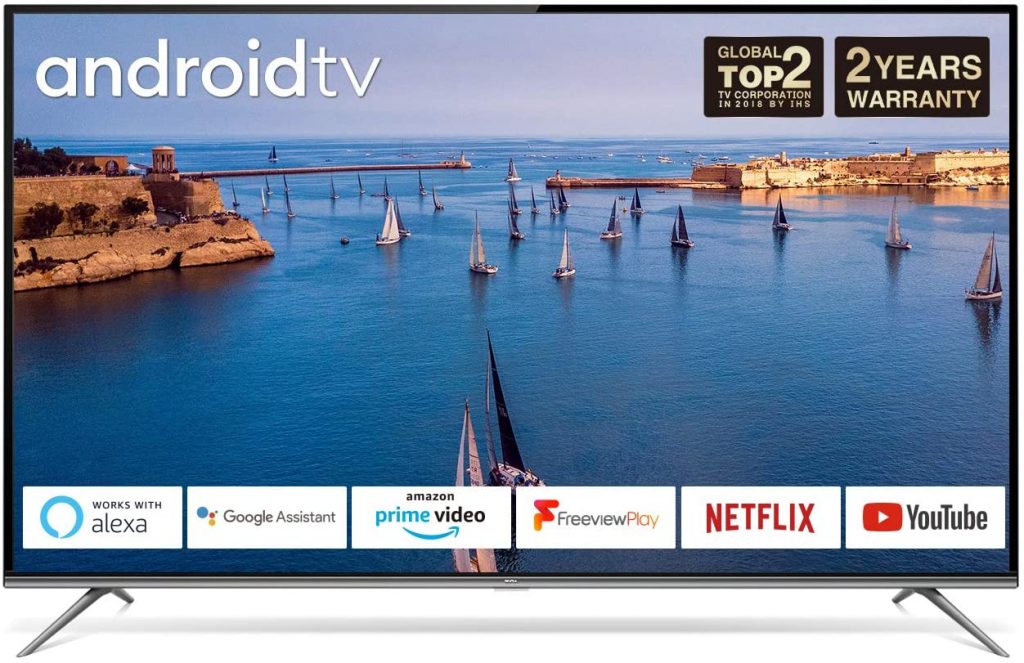 The 43-inch TCL 4-Series 4K TV is a must for anyone looking for an affordable high-resolution television for their bedroom or kitchen. It’s fully equipped with smart software for one-click access to all the leading streaming services, including Amazon Prime Video and Netflix, and can be hooked up to Amazon Alexa or Google Assistant for hands-free control. That’s right — you can turn it on and off, switch to a different channel, open up an application or switch input, and even adjust the volume without reaching for a remote. 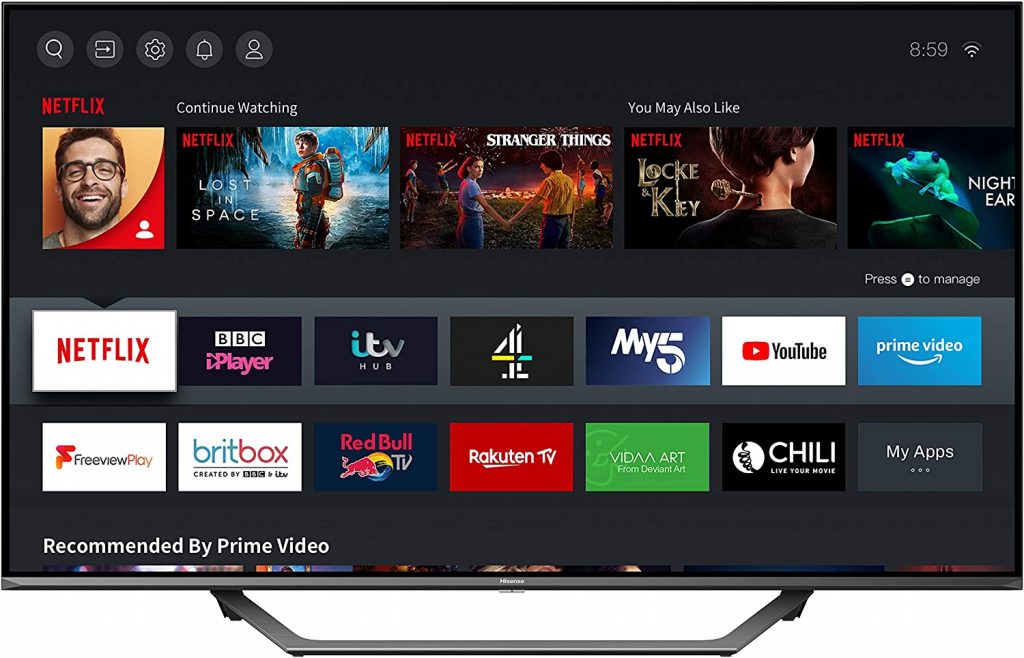 Those after something a little larger ought turn their attention to the 50-inch Hisense AE7400FT 4K TV. While not a household name in the UK, Hisense makes some fantastic televisions — and this one is no exception. It’s a 4K TV, meaning it operates at four-times the resolution of the HDTV that’s probably at the centre of your living room now. It’s a Smart TV too, meaning you won’t need to hook up a streaming stick like the Amazon Fire TV Stick to watch the latest must-see show on Amazon Prime Video, BBC iPlayer, ITV Hub, Netflix, and so on. 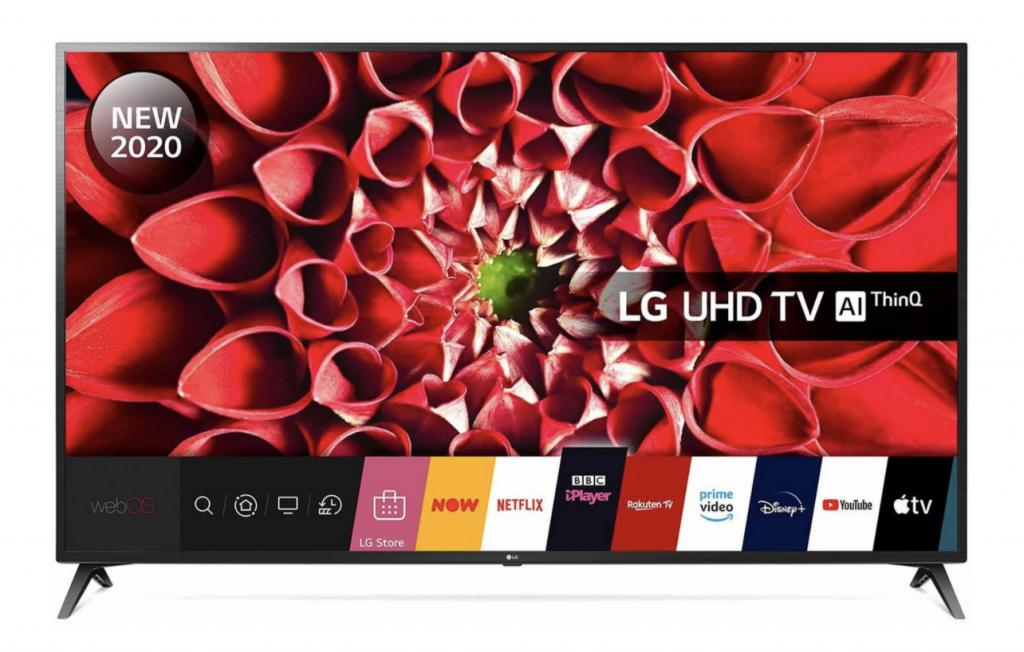 One of our favourite televisions on the list, the 55-inch LG UN7100 is a top-rated 4K TV from one of the best names in the business. Smarts aside, the LG UN7100 has a fantastic 4K Ultra HD screen that’s complemented by HDR under the hood — a cutting-edge feature that broadens contrast levels to make for a much more color-rich, vibrant and immersive viewing experience. In a nutshell, whether you’re watching a movie or sporting event, or playing a game, HDR makes you feel like you’re right there at the heart of the action. 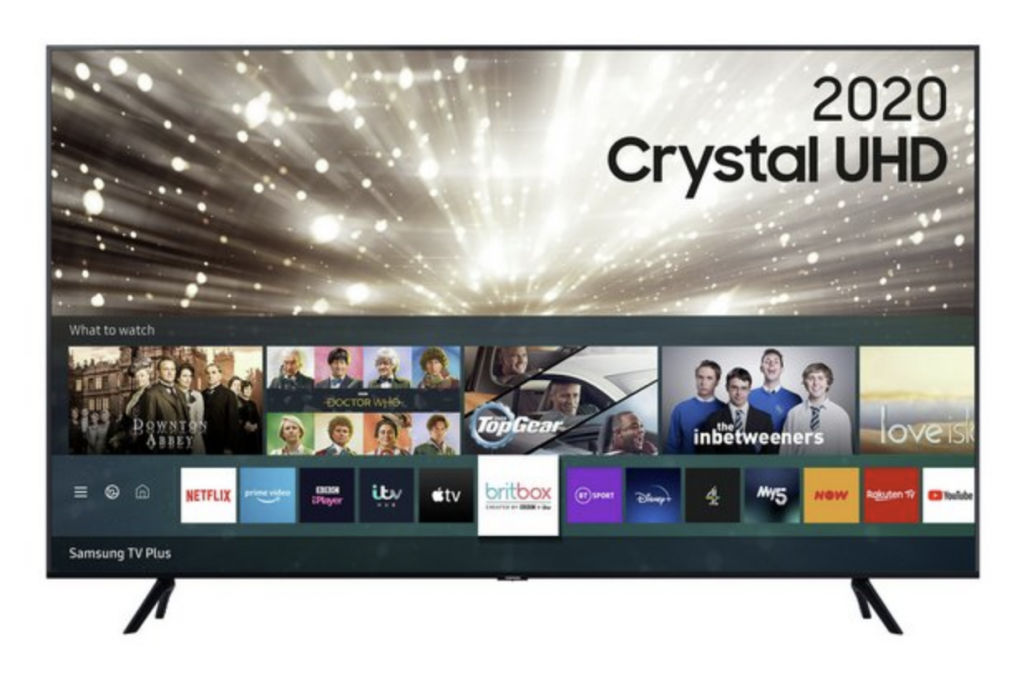 We’re still in shock we’re looking at a 70-inch Samsung 4K TV for less than £700, and we can’t think of a single reason to not buy it. Built with the average viewer in mind, the 70-inch Samsung TU7020 is decked out with every feature you could possibly need. There’s smart software for accessing all the leading streaming services — no additional hardware required — and Samsung’s trademark 4K Upscale Engine for turning Full HD content into 4K Ultra HD, as well as HDR10+ for drawing more detail out of the scene at hand. Score!